What is ME/CFS?    Science of ME/CFS    Diagnosing ME/CFS

Affecting up to 20 million people worldwide and affecting more of the population than either Multiple Sclerosis and HIV/AIDS, at present, a diagnosis can only be made based on the exclusion of other diseases. The average level of physical disability is greater than that of Multiple Sclerosis and Rheumatoid arthritis and despite this, there remains no existence of a universal drug target. Current government-backed funding has remained substantially less (£0.4 million per year) than that of Multiple Sclerosis (£2.83 million per year) over many years despite the greater average disability11. The condition remains an unsolved puzzle to medicine. 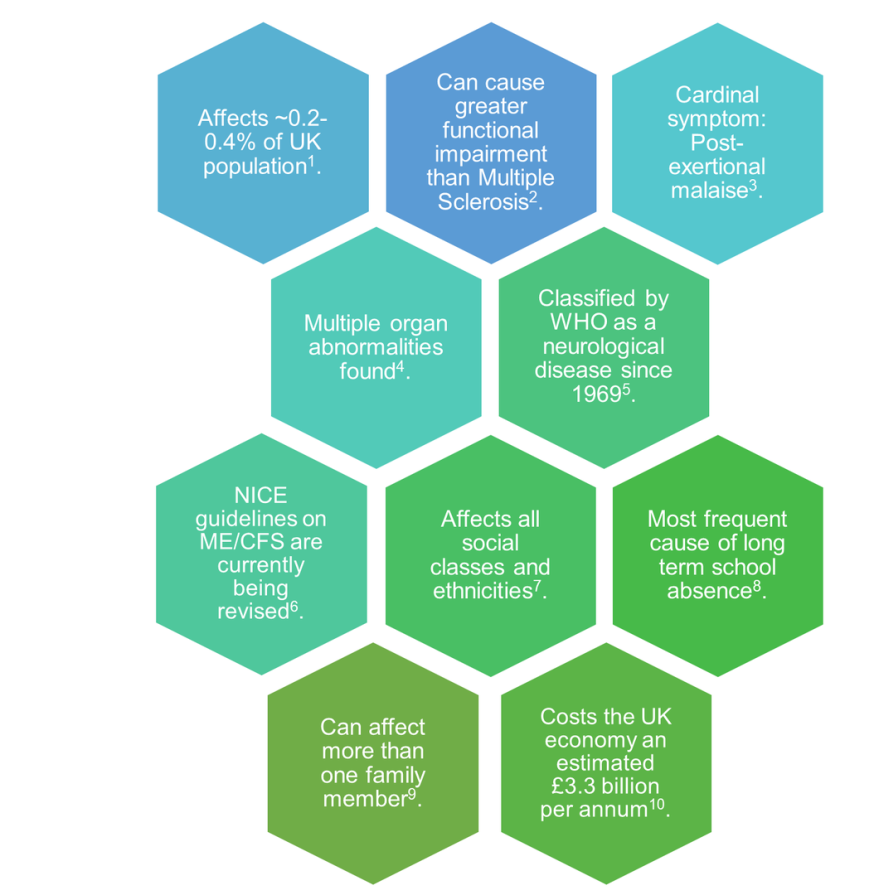