The National Institute for Health and Care Excellence (NICE) is assigned the role of improving the outcomes for people using the NHS in the United Kingdom. NICE has abruptly and unexpectedly paused the publication of its finalised version of the new evidence-based guidelines for the clinical management of Myalgic Encephalomyelitis/Chronic Fatigue Syndrome (ME/CFS). NICE has argued that practitioners treating patients need to agree with the guidelines in order for publication to proceed. This argument is false. Medical advice must follow evidence and not be influenced by political nor the personal beliefs of practitioners as such practice could be harmful to patients.

When repeated analyses of the same modality of treatment fails to demonstrate credible benefit and in some cases evidence of harm, such an approach should not be pursued as doing so would be of no utility. Through analysing the data accumulated from randomised controlled trials of CBT and GET, with the former having been rationalised that ME/CFS patients have “false illness beliefs” and the latter rationalised on the theory of cardiopulmonary deconditioning, it is abundantly clear that these interventions do not provide any clinically meaningful benefit to patients. In our own experience, through working with our collaborators, we found that around 50% (Zalewski et al. 2019) of patients dropped out of a structured exercise programme, which follows the same protocol as GET. Clinical trials have been found to demonstrate either a “low” or “very low” degree of evidence. Seeing as the cardinal symptom of ME/CFS is symptom exacerbation following exertion (post exertional malaise (PEM)/post exertional symptom exacerbation (PESE) and when PEM/PESE fail to improve after incremented increases in activity there is no rationale to continue to pursue a treatment that is ineffective and often harmful.

NICE decided to pause publication due to undue interference from groups representing medical bodies with a vested interest in maintaining delivery of treatments that have for quite some time been shown to lack evidence supporting their use. NICE is highly regarded internationally for “producing evidence based guidelines” 1 and as such it is imperative that NICE would continue to follow its own mission statement or risk losing its credibility. 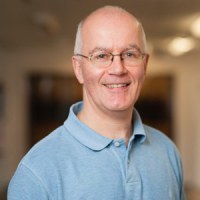